Making Music in the Holidays

The holidays are a feast for the senses—you might not think so, given the sensorial overload that it usually is—but if you stop and think about it, the smells of cookies and meals cooked especially for a large gathering (or a small one), the sight of a Christmas tree, the mood that can be created with just a few candles and dimmed lights.

Getting to that special Christmas mood is also a feat, given the additional school programs, parties, big crowds at every single store, and the Christmas card list that seems to grow exponentially every year.

Being a musician at the holidays is a bit of a different feat, as we’re the ones who are part of the main attraction, but also somehow behind-the-scenes. Can you imagine a Christmas school program without music? Just spoken word. Or a Christmas service at your church without the usual organ and then several slots for special music? Or if all 3 (or 11!) Christmas Eve services were held without music?
All of this music requires special and additional preparation, including purchasing music (months ahead of time), rehearsals, practice, and extra time to allow for all that extra traffic on the way to rehearsal. Christmas Concerts, too, and if you’re a conductor, you’ll be thinking of Christmas in June. Probably earlier. 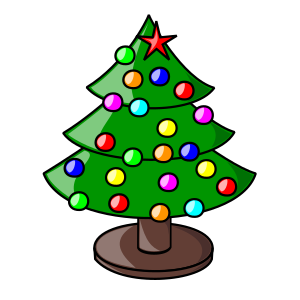 A couple of years ago I realized that if I was going to have any time to put Christmas decorations up before December 26th, I was going to need to put up just a few things and they needed to go up on Black Friday. So that was indeed what I did. My wreath went up at 10 am on Black Friday, my 2-foot Christmas tree with the special decorations from the Erzgebirge, the tea light holders from Germany, which is it for decorations. Any Christmas cards I might receive in the mail go into whatever basket is handy. I stopped trying to find time to send out Christmas cards years ago.

The rest of the time is filled with rehearsals, practicing, worrying about how bad the next snowstorm will be and if I shouldn’t just leave an extra hour early, trips to the dry cleaner’s to pick up a concert dress, yet another email to my cousin saying that I won’t be at extended family Christmas this year as much as I’d love to be, I’m working; luckily my family knows that the holidays are when musicians work the most. There might be time to curl my hair before the early rehearsal on Christmas Eve, there might not be. Outfits are planned weeks in advance.

The time between Christmas and New Year’s (appropriately known as zwischen den Jahren in German—“between the years”) is a blissfully quiet time.

It’s when we sleep.