That pretty much sums up the Bel Canto Chorus 2011 Tour to South America. OK, well, there is a lot more to it than that, so here's are a few of the highlights--of which there are so, so many!

Day 1:  Arrival in Buenos Aires, Argentina and transfer to Colonia, Uruguay. Our first dinner was a lovely buffet of quiches, salads, and interesting small dishes. We ate, we drank, we laughed and got acquainted, and then we found out there were two more courses. Uff-da!

Then it was on to Montevideo, Uruguay! During our city tour of Montevideo we stopped at the Mercado del Puerto for a meal and I was greeted with this rump steak (pulpo) and grilled pepper for lunch. For reference, the red pepper was the size of my hand from the wrist to my fingertips. Not only was it the best steak I've ever eaten (without exaggeration!), but Coca-Cola there is made with real sugar and tastes fantastic! Yum!

Our concert in Montevideo was in the Teatro Solis with the Orquesta Filarmonica de Montevideo. It was a fantastic concert AND it was almost sold out! This was the first of four concerts and we really had a lovely time in Montevideo.

From there it was back to Colonia for a concert in the Bastion del Carmen theater, where we were greeted by two songs from a local choir and sang a second, sold out concert which included Faure's Requiem and a set of Americana, spirituals and folk songs.

Colonia is really a beautiful place and it was a pleasure to be there for a second time. There is a lighthouse in the city that you can climb up and take some fantastic pictures. I'll leave you with this picture for today and look for my next post about South America. It's hard to put such an amazing experience into words. 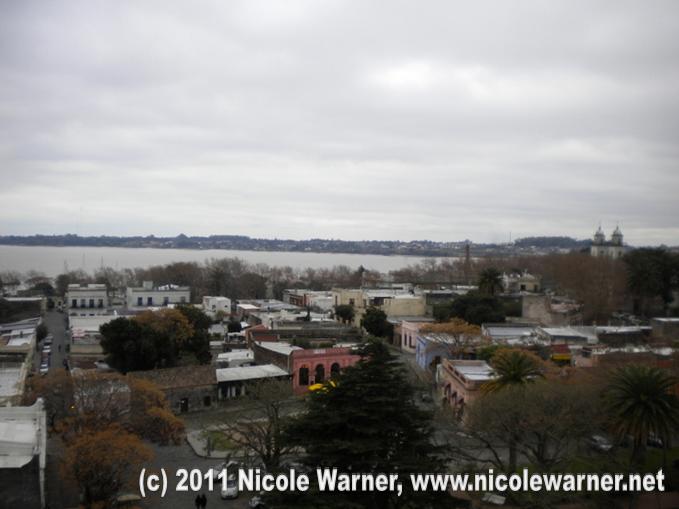