In January of this year I sang with the South Dakota Symphony Orchestra for the first time. The solo piece I performed was Bach's Cantata 170 Vergnügte Ruh, beliebte Seelenlust, which translates roughly to "Pleasurable rest, beloved delight of the soul." The idea of the cantata is welcoming virtue into your heart while recognizing that most people choose to walk all over their neighbor, and ultimately finding a way to live in harmony with these virtues despite what other people are doing.

That is no small task. And neither is this cantata!

A New Recording For You!

The SDSO was very generous and provided a recording of this Cantata, which is now available on the Media page of this site. Click here to listen! They are a wonderful organization and the musicians are fantastic! We were able to make beautiful music together and to bring the meaning across to the audience.

And One More Recording on its Way!

Ah yes, and the delightful, talented Hannah Lu and I joined forces on the second half of the program for Pergolesi's Stabat Mater, of which I also have a recording. Stay tuned for that one! This picture is of (L to R) soprano Hannah Lu, conductor Delta David Gier, and me. We had a blast!

Highlights of this Year's Concert

One of the fun parts of traveling for work is getting to know a new place. Sioux Falls, South Dakota was a new location and the people there are as friendly as you would imagine. And as snowy as can be in January! This was the view from my hotel room the day after I arrived. Brrr! 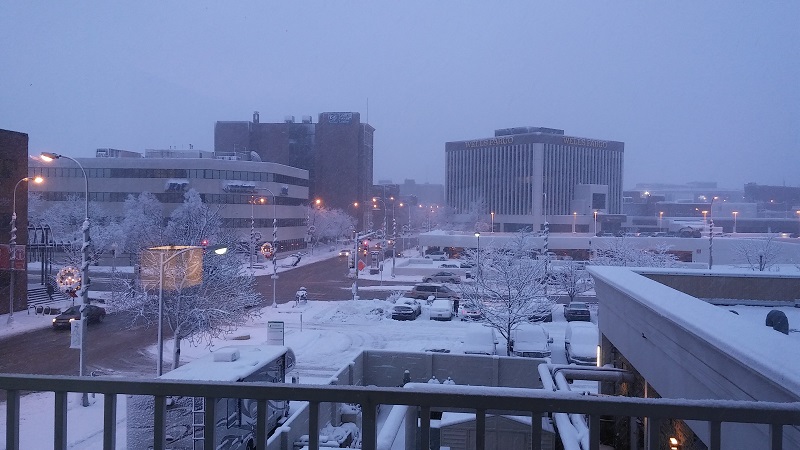 Of course one of the benefits of crazy cold weather is what happens when sunlight passes through it...although this picture doesn't do it justice at all, this sun dog was one of only a handful I've ever seen and oh-so-cool! 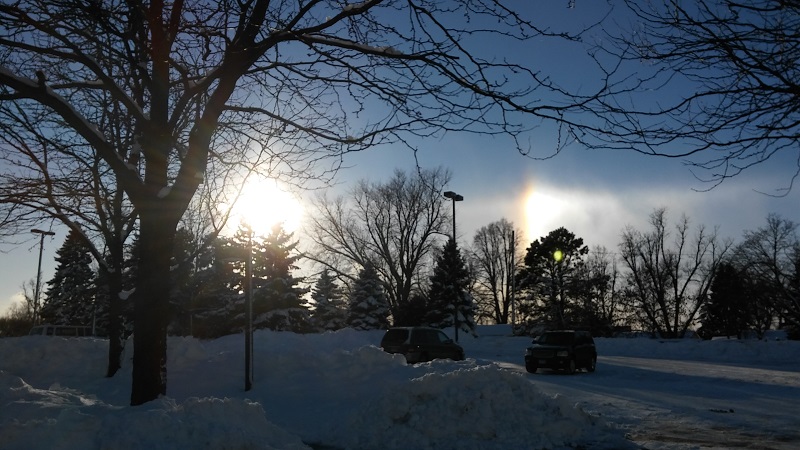 Good eats belong to every trip and Sanaas Gourmet Mediterranean was no exception. Sanaa herself lead me around the buffet and told me about her cooking and her recipes, the ingredients and which dishes were traditional dishes she grew up with. Definitely head there when you are in Sioux Falls! And if you know you won't make it to Sioux Falls any time soon, try some of Sanaa's recipes. New favorite bookmark...go!

The concert itself took place in Our Savior's Lutheran Church. Here's a shot of the orchestra in rehearsal: 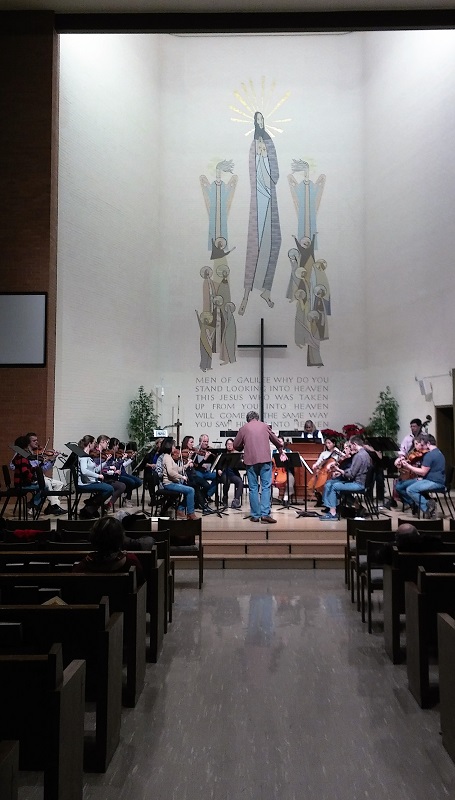 That was exciting, however not quite as exciting as this...being on the radio for the first time! AAHHH! Of course the headset I used was German...I mean who else makes headsets that awesome?! What I didn't know before is how heavy they are! Perhaps that's why they have such big, comfy chairs, so you can sit back & relax and rest your head when you are using that heavy headset. Ha! 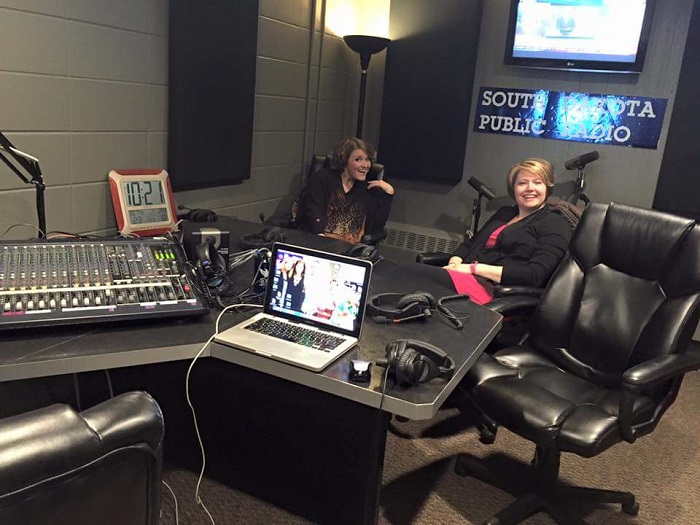 In April of 2017 I'm headed back to South Dakota to sing Bach's b minor Mass with the SDSO and again with Hannah Lu. Hurray! Read more about those concerts by clicking here. And yes, I'm definitely headed back to Sanaa's next April! Yum. Food & music go so well together.

Did you see you can now sign up to be notified of blog posts when they are published? Enter your email address on the top right of this page where you see "Sign Up for My Blog Posts!" and you're done! You'll receive an email when new blog posts go up.