Highlights of Chile and the Academia International Teatro del Lago

Arriving in Chile last week was a pleasure and exciting because no man has schlepped me further around the world and to more places than Helmuth Rilling. He probably doesn't know that, he sees probably thousands of choral singers every year, but really, it's all his "fault." ;)

Or maybe I can give Kathy Salzman-Romey some of the responsibility for this, because she's a mastermind of choral creation.

When I lived in Germany and sang with the Gächinger Kantorei we went to Italy twice (once St. Matthew Passion, the other the Levin edition of the Mozart C Minor Mass or the Requiem, can't remember which), Poland for a night, Vienna for a night, and Israel--3 weeks. Because Maestro Rilling is an epic, one-man diplomatic mission between Israel and Germany. Eugene, Oregon, and now Santiago, Temuco, and Puerto Varras/Frutillar, Chile.

What happens when you travel, sing, and make music (in between meals, of course), is this: 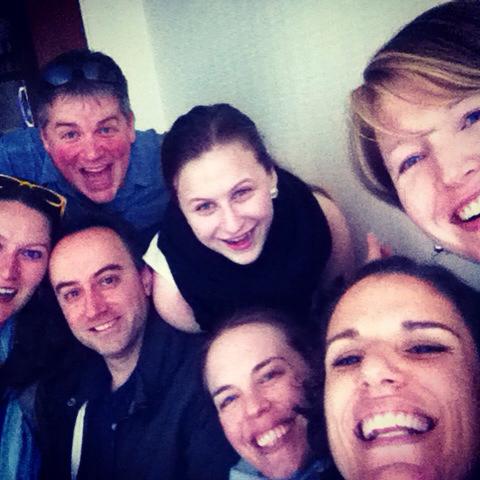 You meet some of the world's most wonderful people (again).

Left:  Kendra Hawley, an oboist with the Santiago Symphony, and behind her one of my best friends, baritone Jacob William Herbert. Below him is Michael Carty, a wonderful singer who was also at the Festival Ensemble in Stuttgart for the Sandström Messiah. In the middle (top) is Bronwyn Thies-Thompson, a soprano from Canada (and my roommate). Below is Elisabeth Marshall, a soprano with whom I should have crossed paths years ago (or last summer at OBF when we were staying in the same dorm, but it never happened). Bottom right is Erica, a woman on a trip around the world after having faced life's greatest challenge--and she is a beacon of light. Thank goodness Jacob met her on the plane, and she invited us to leave our belongings at her apartment for the day--last Friday we all arrived between 6 and 8 am, however our next flight didn't leave until about 6 pm. So we went into the city of Santiago, dropped our things at her place, and toured downtown.

We were up on top of Santa Lucia when the cannons went off becuase, you, know, they fire the cannons every day at 12. There is no warning.

Except you feel the air moving across your legs before the sound comes and holy canoli is that loud! 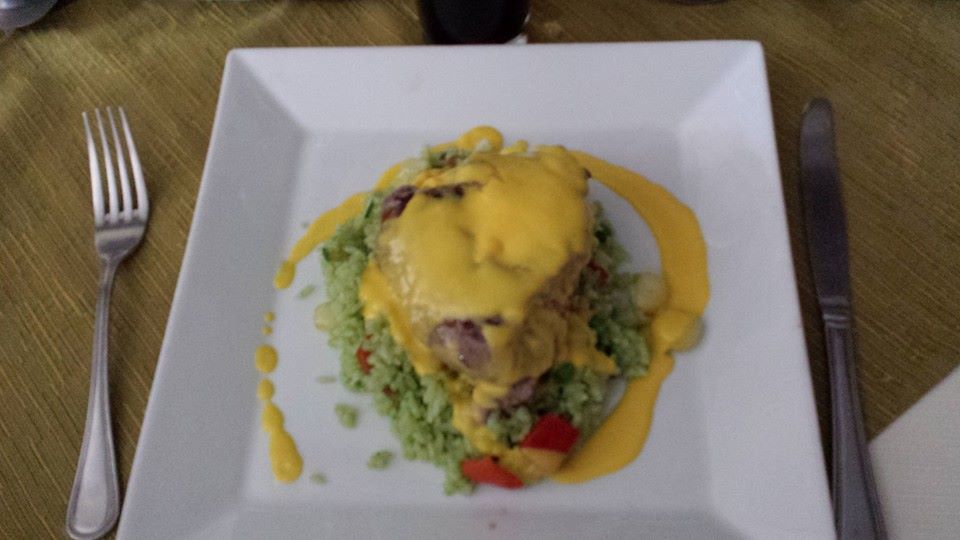 And then a sad good-bye to Kendra and Erica as we headed back to the airport to catch our flight & bus to Puerto Varas. Our one day together was a lifetime.

Puerto Varas and Frutillar are both on the lake Llanquihue (picture below). It's REALLY, REALLY GERMAN here, as Germans started a settlement in this area in about 1854. Go figure! But hey, if there wasn't any land, any money to be made, or any food, people usually went elsewhere. It's still the case. So here, the windows open and tip like in Germany, the plugs are the same (as well as with many other countries), there are Kuchenladen (cake stores) that sell German-style cake, and there are German autos all over the place.

There's always a little excitement on any trip, and this time it was being awoken at 4:45 am by a fire siren and then seeing this out the window: 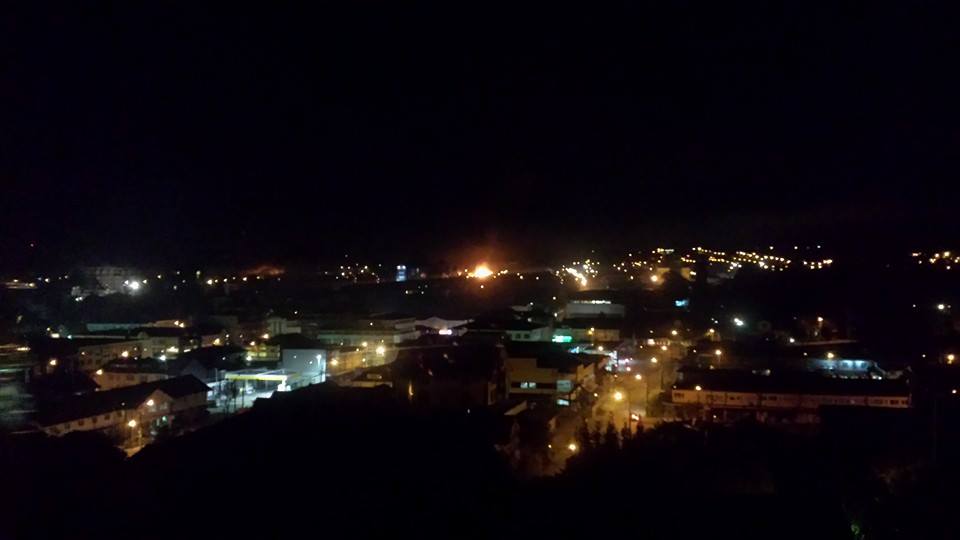 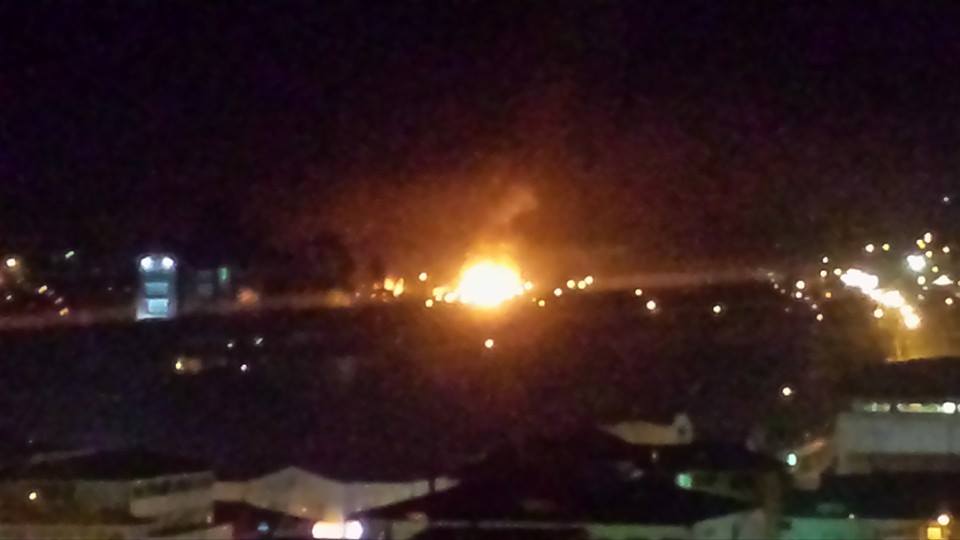 Luckily it was not nearly the size of the wildfire that has destroyed parts of Valparaiso, and I have no more details on this fire, however any fire is destructive and traumatic. The Teatro del Lago announced this week that the proceeds from our concert in Temuco will go to the relief efforts in Valparaiso. ♥

Click here to see the banner of the Teatro del Lago, which is a picture that shows how the theatre was built into the water.

OK and last but not least, what you've probably been waiting for. The view of the volcano across the lake from the Teatro del Lago.

Note the moon in the picture. 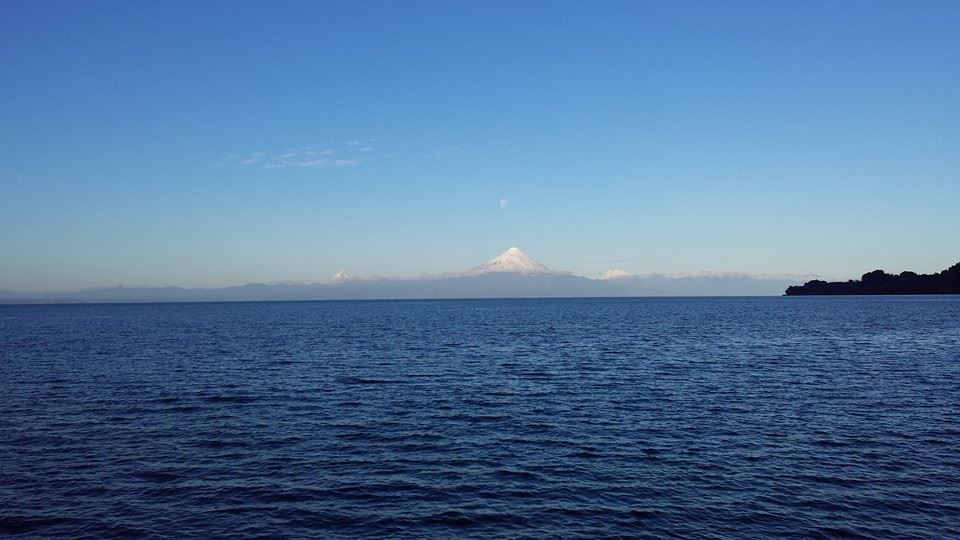 That's it for now, I gotta get ready for rehearsal. Love from Chile!

Happy Passover and happy Easter, everybody!