We Need a Revolution

Are you ever disappointed to hear a band live in concert, only to realize they are really a “studio band” because they don’t sound very good live?

When was the last time you spent an entire afternoon listening to new music on the radio?

How many times have you heard someone speak about classical music and were totally turned off?

There are too many singers who are making a career out of auto-tune. If you can't sing that well, either get voice lessons, find a coach, or play a different instrument. Auto-tune is a crutch and it lessens the quality of music when you use it. There are thousands of people who can sing well and don't need auto-tune.

I used to love listening to the radio. Not anymore. There used to be these things called playlists, and DJs would create them, put interesting lists together, and between songs they would give you background on the bands, where they are from, and their influences. Now this is unfortunately the exception and not the rule. (Thank goodness for public radio and 89.3 The Current!)

And snooty classical music people really get my goat. I'm glad I'm not one of them.

QUIT WITH THE AUTO-TUNE 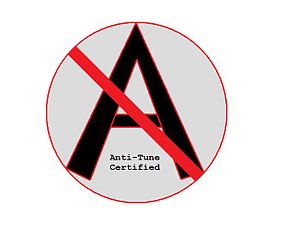 Seriously, if you need auto-tune to sing in tune, you are NOT succeeding at music and you need to learn to match pitch. Find a voice teacher who can help you. Many of the performers on- and off-Broadway have invested huge amounts of money in their education and professional training and they don’t make nearly as much money as those who appear on the Billboard Awards. This is totally skewed and needs to be corrected.

Thankfully there are plenty of other people whocriticise auto-tune and its use.

And then there was Saturday Night Live this past weekend, were Florence (from Florence & The Machine) sang so out of tune it was a hot topic in my Facebook feed. First watch their YouTube video, obviously from the studio (with its own relatively minor pitch problems).

Really, that kind of pitch problem is unacceptable.

In my opinion, Florence doesn’t have enough breath support and doesn’t have a deep enough connection with her voice in her body. For her to continue singing without major vocal issues (if she doesn’t already have them), she needs to change her technique and breathe more, breathe more deeply, and create a better sense of deep connection in her own body. Florence & the Machine make such GREAT music, and she would serve her music, her audience, and most importantly her voice well by investing in her vocal technique.

WHO EVER SAID THAT SINGING OUT OF TUNE IS OK?!

However, what I really want to know is 1) When did singing out of tune become acceptable? 2) Who ever said that you can call yourself a singer if you actually really need auto-tune? 3) Why is it that so many singers with auto-tune make tons of money, and so many that don’t ever need auto-tune, even when they are ill, are not that well-known or worse, having a hard time making it?

The woman has a bleeding nodule on her vocal cords (which looks like this, WARNING, not for the faint of heart: http://www.evmsent.org/cysts_or_polyps.asp ) and not only does she need to 1) heal from the surgery, but she needs to 2) learn new technique so that it doesn’t happen again, which takes a lot of work and a lot of time. Don’t expect her to be back soon, and if she is, don’t expect her to be back for long. I truly hope, because she is a fantastic musician, that she takes the time to heal her voice and learn a healthier technique so she can continue to produce great music for decades to come.

Let’s not forget the fact that Adele’s songs are sickeningly over-played, as fantastic as they are. I for one change the station because I’m so TIRED of hearing the same songs over and over again. Don’t get me wrong, I love her music, but I’m tired of it! Today I hit two pre-set stations in my car and both of them were playing Adele. A few weeks ago the same thing happened, and it was the same song.

One radio station I frequently listen to (which shall remain nameless) has been playing a certain set of songs since I was in high school. Since 1997. Really?! Like there haven't been thousands of new records released since then? When CDBaby can pay out $200,000,000 dollars to their independent musicians over 13 years, there are surely plenty of new songs to keep radio new and interesting.

So, Big Radio, where are they?

Radio stations would do us all a favor if they would play a) a greater spectrum of music, b) pay attention to more under-sung artists, c) require a higher degree of musicality from all musicians and producers.

is still so amazingly relevant. Mozart’s Requiem on September 11th, beautiful orchestral music in movies, creepy orchestral music in horror films, open-air concerts, multi-media presentations, tours, Classical Revolution--and we need to keep running with it, creating new relevance, keep bringing it into the media, keep bringing it into our everyday lives, keep it in schools, get it back in other schools, bring it to those who need it most, those who need their souls filled by absolute beauty.

People have varying opinions on different types of music, but really, ALL music exists on a spectrum. Music has always evolved and is ever-changing and we need to see music in all its forms as equals. Yes, rap next to country next to art song next to folk next to orchestral next to pop next to oldies next to experimental next to everything else.

So here you go: fill your soul up with any of these below, 3 completely different pieces of music, all on the same spectrum called MUSIC: