There are certain ways that music touches us and one of these is when music becomes something more than sound and silence over time. 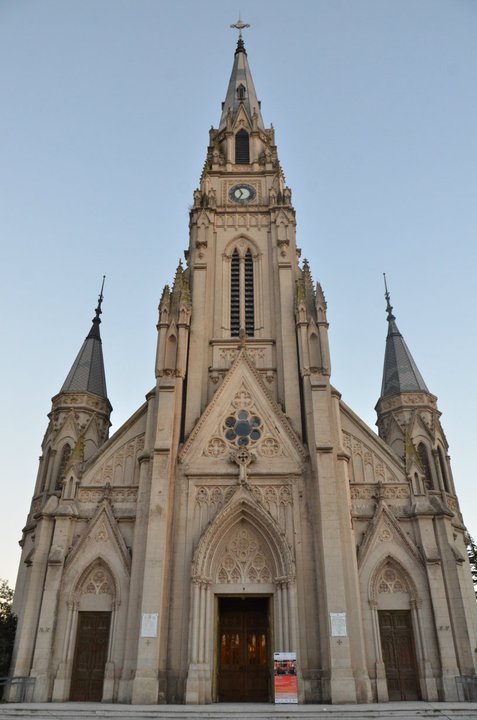 It happens when everyone lets go of their distractions, latches on to the group's motivation, and lets the music flow. This is what happened on tour in South America last month.

Three of our four concerts were sold out, the first one having been about 95% sold out. It's always something special and is a momentous goal achieved when a musician hears the words "95% sold out" or "sold out!" It's a validation of our work and an affirmation for our souls--the knowledge that there are so many audience members becomes a catalyst for even better music-making.

The concert in the Basilica de Guadalupe in Mercedes, Argentina was one of those concerts; it was standing-room-only, freezing cold in an old, unheated church and everyone was wearing multiple layers to stay warm (the choir and the soloists that is). Audience members arrived 45 minutes to an hour early, and the mayor and his wife were sitting in the front row. You could FEEL the vibe of the audience.

As the orchestra entered, the choir and the soloists, we knew the church was going to be full, but I personally wasn't prepared for it to be overflowing with people.

And as a mezzo, when that vibe is there, it's an extra comfort that the soprano is the first soloist to enter. It lets me get a peek at the audience before I'm standing right in front of them. This time I was really grateful for this convention, as the size of the audience took my breath away. 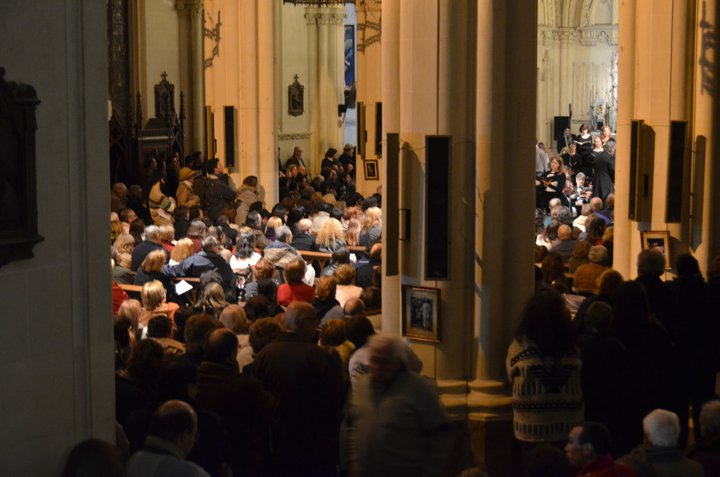 So you can well imagine how potent that vibe was even before the concert began. Richard Hynson, our conductor, then began the Mozart Requiem and you could see the audience's ears perk. People two-thirds of the way back would pop up to see the orchestra play for a minute, then sit down again. As we soloists began our musical entrances, the gazes of a thousand people would shift simultaneously to look at the soloist who had just entered. You could feel the intensity of their engagement with us and their engagement with the music. It was palpable.

Mozart's Requiem is a very dramatic and moving piece of music all by itself. Add a huge audience, ready and willing to take a musical journey with you, a fantastic conductor and dozens of talented singers and orchestra members, and the music created will transport you to somewhere else. External thoughts and concerns simply disappear and there is a venerable time and space that gets created--where everyone becomes a part of the music.

I am endlessly grateful to have had this experience with the beautiful people I met in Mercedes who provided me with a memory to last a lifetime. We created that experience together. This is what music-making is all about.